MEVANS, for all your travel needs...

mevans
So...I like to travel..a lot! These are my stories.

Pic(k) of the Week: Big Ben

This is one of my favorite pictures from our trip. This pic(k) is obviously Big Ben, with the London Eye in the background. We took a city bus tour of London, which was super fun, and we were able to get some really great shots. Unfortunately I was really tired that day, and wasn't really paying attention to the tour guide, so I can't really give you any background on it (like you guys really want me to go into that anyway). I assume you are all proactive enough to "google"  it for more info, should you be so inclined for more info. Enjoy! 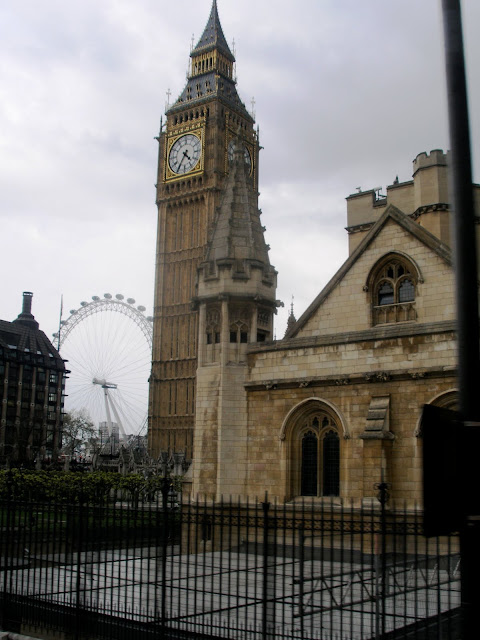 What's the deal-io: The Maine Event

I hear Maine is beautiful (when it's not buried in snow). I went there once when I was like, 6 years old, so if you take advantage of this deal you will have to tell me how it is. Then again, a quaint New England getaway sounds just about my kind of speed right now. The reviews on this resort are great, I mean, the best I have EVER seen. Anybody up for some antiquing?

xoxo mevans
Posted by mevans at 12:50 PM No comments:

"At Least You're Wearing Comfortable Shoes"......

I'm not one of those girls that has a lot of shoes (believe it or not). I have literally one of each pair. Your basic black heels, brown heels, tan wedges, sneakers, and a lot of flip flops. I don't know about you, but March to October here in New York is flip flop weather- for reals in my opinion. None of the aforementioned footwear however, is suitable for Europe, apparently. If you haven't gathered already, I made some unwise fashion choices on my trip.
Due to some packing logistical issues, I had only packed about 3 pairs of shoes because of the space situation. Plus the weather was really nice, so I had to opt for flips 75% of the time. I decided to switch this post up a bit and make it more of a photo blog on my inappropriate shoe behavior.


Sneaks were the best option, in this case
(yes, that's water we are standing on): 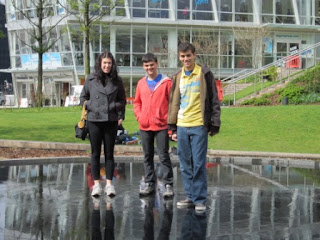 ﻿﻿﻿﻿﻿﻿﻿﻿﻿﻿﻿﻿So, flip flops are not great choices for the following scenarios
(and yes I was wearing flip flops for all of these pictures):

Exhibits A, B, and C: The Irish Countryside 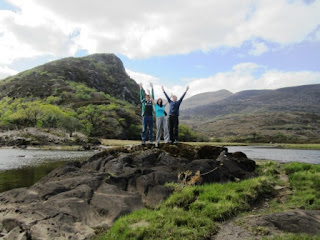 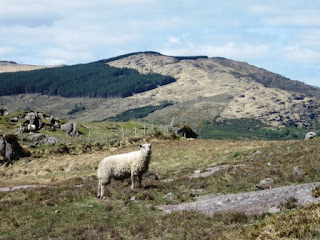 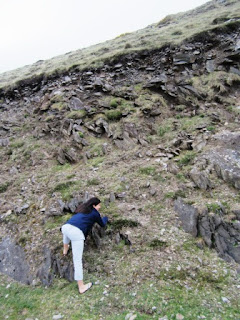 Never wear heels to a castle.
I left my "comfortable" shoes home that day: 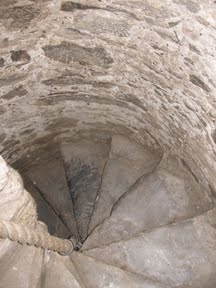 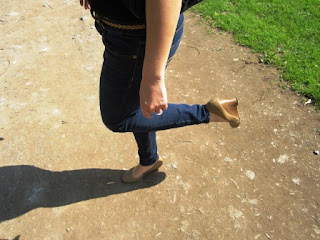 Just to give you some perspective: 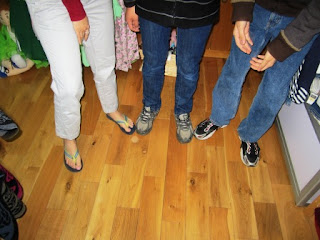 ﻿
I hope you enjoyed my well-documented trek through the UK. We finally got a new camera! Kinda random, I know, but it wouldn't be me if I didn't post something awkward every now and then. Enjoy guys!

xoxo mevans
Posted by mevans at 2:30 PM No comments:

What's the deal-io: Time to Fly

If anyone's looking for a quick Memorial Day weekend last-minute-getaway-kind-of-thing, take a look at Travelzoo's airfare search engine. I tried a few popular spots and the fares were pretty decent, considering of course, that it is Memorial Day Weekend. Check out NY (JFK) to Orlando (MCO), I found fares for under $300 roundtrip (always my kind of last-minute-getaway-kind-of-thing). Happy flying everyone!

P.S. "Getaway" is a word - I checked Oxford's English Dictionary. Just in case anyone was curious....
Posted by mevans at 8:47 AM No comments:

"What I Learned on my April Vacation"

There's a few things I learned on my recent trip to Europe - other than to make sure you wear pants that actually fit you and don't forget to wear a belt. So, without a further ado, and in no particular order, here we go!

On Piers Morgan vs. Ryan Seacrest:
Piers Morgan is to the UK what Ryan Seacrest is to the US. Seriously. He has about 10 talk shows AND hosts the American version of Britain's Got Talent. Enough said. Note: I'm also glad that my SAT analogy knowledge can still be put to good use.

On Television:
There's only 3 shows I can remember seeing: iCarly, Mythbusters, and "SuperCrew" - the British version of "So You Think You Can Dance?" meets "America's Best Dance Crew" - only with 14 year olds and really bad dance moves.

On Directions:
When someone says "you can't miss it", it's about 99.6% guaranteed that you will miss it. Horribly.

On drinks:
There's no ice anywhere in England or Ireland.

On food (this is a long one):
If you see bacon on a menu, you are basically ordering ham. If you want crispy American-style (does that sound weird?) bacon, you have to specify.

Mayo is a condiment on every sandwich.

The bread and cheese are amazing. I can't think of any other word to describe it.

On nationalities:
I apparently look and sound like a Canadian, eh?

On fashion:
Never wear high heels to a castle. Ever.

Oh, and last but certainly not least (as per Guiness): 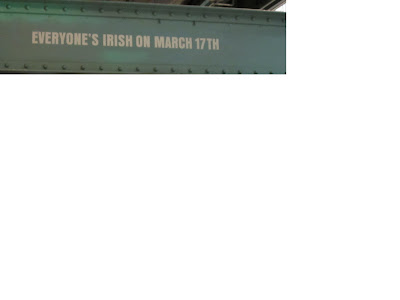 Posted by mevans at 4:44 PM No comments:

Half Moon Over London

I think London is now my second favorite city - San Francisco and Rio de Janiero being my #1 loves. For those of you not familiar with Foggy London-town (which was not foggy at ALL by the way), the sights London has to offer are amazing. Hyde Park, Buckingham Palace, Tower Bridge, and Big Ben - every place you've read about since you were a kid - is just as cool as it seems in person.
There's a few things you need to know before you continue reading. I have issues with pants. A couple of years ago I went to Florida and lost my bathing suit bottom in a freak tubing accident (I know, how does that even happen). I went to the gym the other day and realized that my Hollister sweats (circa 2003) don't fit me as well as I would have liked them to.

I was not able to splurge on some London couture, so my jeggings (you know, looks like a jean, feels like a legging?) and black ballet flats were the best I could come up with. In my haste to get ready that morning, I forgot one essential item: my belt. Yes my friends, I dressed irresponsibly  and went "belt commando". This left me hiking my pants up (to keep them from falling down) about every 5 minutes (it wasn't pretty). Which brings me to the "Trafalgar Square Incident".

The thing about us is, that we like to take funny pictures. We also like to climb on stuff. It's just how we roll. In the hustle and bustle of London's Trafalgar Square (which for some reason included a  lot of Dutch people and Merengue music on the day we visited) we decided to climb up a pretty high monument to take a picture (picture below because you probably have no idea what I'm talking about). Now, I'm not really great at climbing stuff, so I had to be hoisted up (rather awkwardly I might add) about 7 feet in the air by the brothers Miller, and their mom, Clara. It wasn't an easy feat.

Now if that wasn't embarrassing enough, keep in mind the jeggings situation. Let's just put it this way, I felt a breeze that one should never feel, especially in the middle of a busy city square. I can honestly say that I've never laughed so hard in my life, and I just hope it's not on You Tube somewhere....

So there's one thing I learned in London, kids, never leave home without a belt, or at least pants that fit you correctly.......I learned a few other things too, but more on that next week! 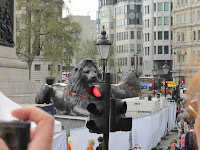 Cut me some slack, I was on a double decker bus tour,
and there were a lot of Dutch people around. 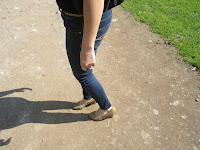 The culprit
(it's ok jeggings, I still love you!)


Have a great weekend everyone!

Posted by mevans at 1:13 PM No comments:

yeah, that's right, I wrote it

what? people think I am interesting?